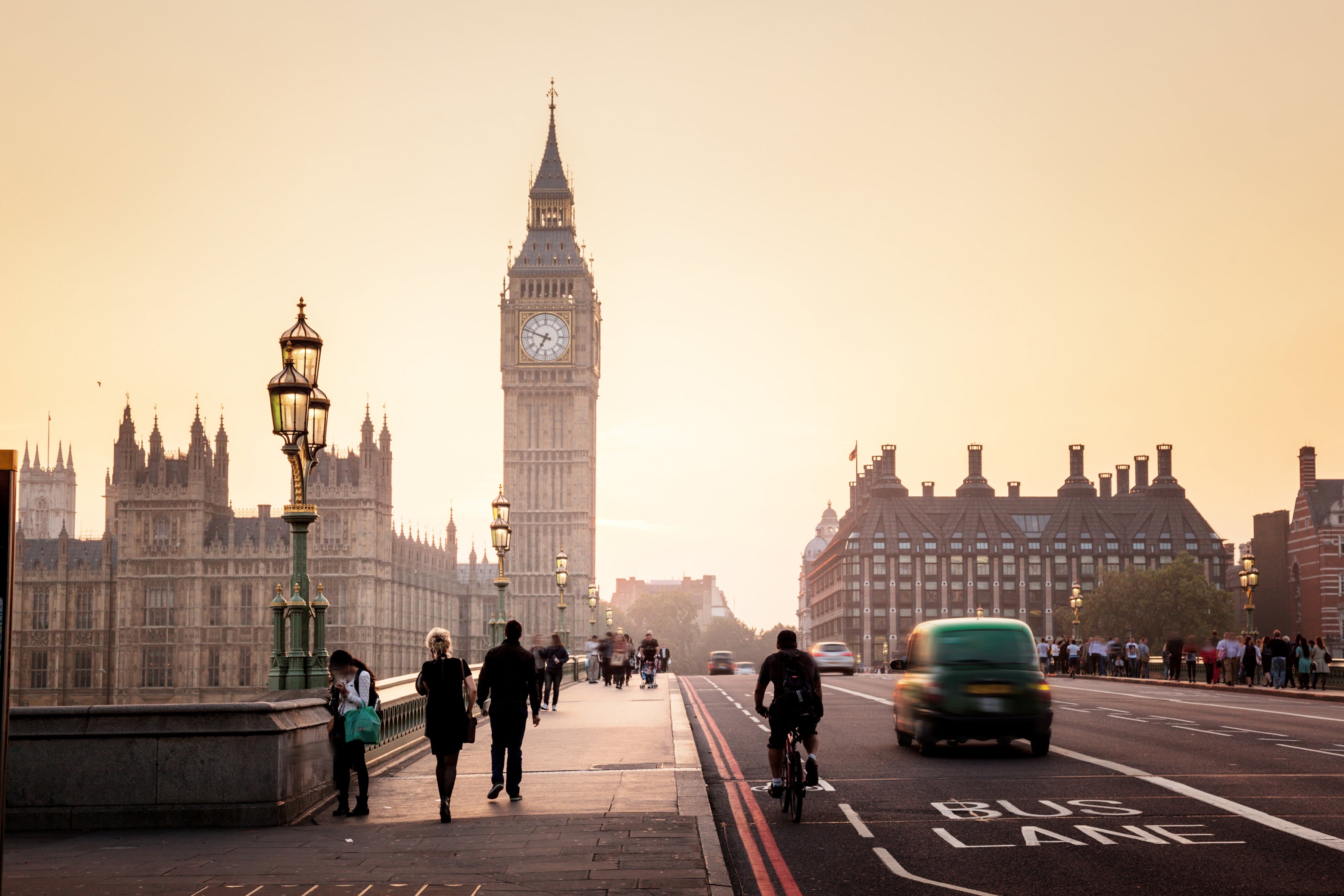 Electric scooters may have started as tiny bleeps in the UK’s intricate transport system. But, more are silently weaving through cycle tracks and even traffic. However, until the 4th of July 2021, it was illegal to ride any electric scooter in public spaces. This was until the legislation somewhat changed.

Under the new rules, electric scooter leasing companies can offer the machines to clients to ride in designated public spaces. The trial launched in Middlesbrough. As we speak, you can ride a leased e-scooter on British public roads legally, in Boroughs spread across London.

The rules on usage and safety measures are not too stringent. For instance, using a helmet is recommended but not mandatory. You can also ride your rental e-scooter on bike lanes, along roads and tracks but not on the pavements –there’s also a mandatory speed limit of 15.5mph.

Coincidentally, there is a public outcry on recent crackdowns on privately owned electric scooters. All these things make the new legislation confusing.

So, today we’ll break down all you need to know into easy-to-understand chunks.

Are Electric Scooters Legal in the UK 2021?

The simple answer is yes – but there are caveats.

However, there is a workaround to the use on public roads. Leasing an electric scooter gives you the freedom to take it in public spaces. The electric scooter must be from an approved leasing company and ridden within a borough licensed to run the trial scheme.

Riding your privately owned e-scooter in public spaces is an offense that can get 6 points deducted from your driver’s license and a £300 fine. This offense can also lead to confiscation of your e-scooter.

What are the New Rules on Using E-Scooters in the UK?

There has been confusion about who, where, what, when, and how the new rules apply to private e-scooter owners and their leasing counterparts. Let us look at the key highlights below:

How Do These New Rules Affect Privately Owned E-Scooters?

This is evidenced by the Metropolitan Police confiscating over 2,500 privately owned electric scooters since January 2021.

Why the Trial Period?

The ambitious trial scheme is part of UK government initiatives to help its citizens access greener forms of transport. While the TfL (Transport for London) still has concerns about the potential road safety and noise pollution issues, e-scooters remain a cheap transport alternative.

The trial period is part of the government’s initiative to get ahead of the preempted surge in personal motor vehicle use post-pandemic, which would further congest the already congested roads.

That’s why such initiatives have to be rolled out across some of London’s most populated and traffic congested boroughs. There’s hope that such alternative forms of transport can steer London into improved air quality and decongested public transport and roads.

When Will the Trial Period Elapse?

The UK government fast-tracked and gave this trial a priority status as it tried to add to the available transport options with lessons from the pandemic. E-scooters have the potential of allowing people to travel safely while social distancing and observing other Ministry of Health directives.

To that end, hopefully, the trial won’t last past March 2022.

Which Boroughs are Affected by these New Laws?

Since the program’s inception, more than 210,000 e-scooter journeys have been recorded in London, with the average rental lasting more than 20 minutes.

While the government planned to roll the scheme out in four future transport zones, Camden now joins a long list of London council boroughs that includes:

You can participate in your own trials in Tower Hamlets, but note that there’s limited parking at Canary Wharf and a few TfL stations. You’re also free to lease and ride an e-scooter in Lambeth North.

Why has the UK been Slow in Making E-Scooters Street Legal?

The UK government has opted to systematically enact the necessary legal framework and e-scooter safety standards to avoid some of the problems faced by countries across Europe. The center of its strategy is encouraging e-scooter leasing over private ownership to have better control over the age of scooterists, scooter standards, parking, etc.

Paris gave free rein to 12 e-scooter startups all over the city. This move resulted in 20,000 dockless scooters overrunning the pavements and streets. Now they have restrictions, and driving on pavements can attract a £114.89 fine and a £29.79 for illegal parking. In the Netherlands, e-scooter use by law requires the rider to hold vehicle licenses, while in Germany, users are subject to capped top-speed and age limits.

Some quarters hope that the e-scooter leasing scheme can blend into the London-style license system. While others are hoping to gear similar strategies as ride-hailing companies to avoid the clutter and ensure the roads remain safe for all users.

Are E-Scooters as Dangerous as the Authorities have Led The Public To Believe?

Are e-scooters really as dangerous as the authorities have been making them out to be? It’s a question that has been debated heavily in recent months, as the number of accidents and fatalities involving the devices has been on the rise.

Some argue that the authorities are using the accidents as an excuse to clamp down on a mode of transportation that they don’t necessarily agree with. Others contend that e-scooters are relatively safe, provided that riders take appropriate safety precautions.

So, who is right? The answer is probably somewhere in the middle. E-scooters can be dangerous if riders don’t take proper safety precautions, but they can also be a convenient and affordable mode of transportation. It all depends on how they are used.

Riders should always wear a helmet and obey traffic laws, and cities should work to create safe infrastructure for e-scooters. If both of these things happen, then e-scooters can be a safe and sustainable way to get around town.

Do You Need a Driving Licence to Lease or Use an E-Scooter?

The new rules will force users renting an e-scooter to be holders of a full or provisional car driving license, moped, or motorcycle license. If it’s your first time on an e-scooter, you’ll also have to complete an e-learning course before renting one.

You also qualify if you satisfy the following conditions:

What Legal Requirements and Other Safety Measures am I Expected to Adhere?

You won’t need to take out an insurance policy to lease or use an e-scooter under this trial scheme. This duty of care is reserved for the leasing company under first and third-party insurance. This applies to lease and free-floating options.

A helmet is not mandatory but comes highly recommended under the Department for Transport frameworks and guidelines.

The operator must fit the handlebars of all e-scooters with materials that prevent the transmission of biological agents and viruses. They must also disinfect their scooters regularly and provide the public with the latest stats and advice on Covid-19 through their App.

Riders are encouraged to take out short-term leases, where they can hop off and leave their scooters to explore local areas or run an errand. That is provided they park their electric scooters properly within designated virtual parking spots.

Renting companies will also engage local on-street ambassadors to educate riders and the public on parking safely and general use.

Local fleet managers will take on daily maintenance tasks as the Metropolitan Police/ local authorities enforce city ordinances to keep the roads and pavements safe for all road users. The operators will bar errant users from accessing the scooters.

You can apply for a long-term lease and have the e-scooter delivered to your address after a short approval period. You needn’t worry about maintenance fees as this is part of your lease agreement. All repairs are also the duty of your provider, so you can contact them via their App if you need repairs or a replacement.

Unlike hop-on-hop-off users, long-term renters are exempted from parking in the rental company’s designated spots. However, they still hold a duty of care to ensure they park safely without inconveniencing the public. This includes parking at designated pavement sections and avoiding cluttering pedestrian walkways.

How Much Does it Cost to Rent an Electric Scooter in the UK?

It doesn’t cost much to hire e-scooters in the UK. You can unlock a short-term e-scooter lease at a mere fee of £0.99, with usage costs running as low as 14p per minute. Various leasing firms offer different subscription models on long-term leases.

You could be eligible for discounted rates if you’re a student, an essential worker, or a low-income earner.

How Can I Hire An Electric Scooter?

Hiring an e-scooter is easy. All you have to do is find, unlock and pay for the right to use it via the provider’s smartphone app. This is made easier through the marvels of GPS location displayed via the in-app map.

Once you find a scooter, it’s merely a matter of whipping out your smartphone camera, scanning the QR code located on the handlebar. Then you’re ready to go.

Where Can I Hire An Electric Scooter Near Me?

Currently, the trial areas have three major rental e-scooters providers you can contact. These operators qualify to dispense their services because of their strict adherence to public safety measures and high operational standards.

If you live in the UK and are looking for a new way to get around, but don’t want to deal with gas prices or expensive car payments, then electric scooters could be your answer.

With more people opting out of owning motor vehicles due to their cost and environmental impact on our planet, it makes sense that we would see an increase in companies providing alternative means of commuting.

Scooter leasing has already shown promise with higher safety standards and better concern for collection and parking. And with the trial scheme for leasing electric scooters in the UK, many residents are hopeful that legislation will be passed to fully incorporate scooters in the transport system.