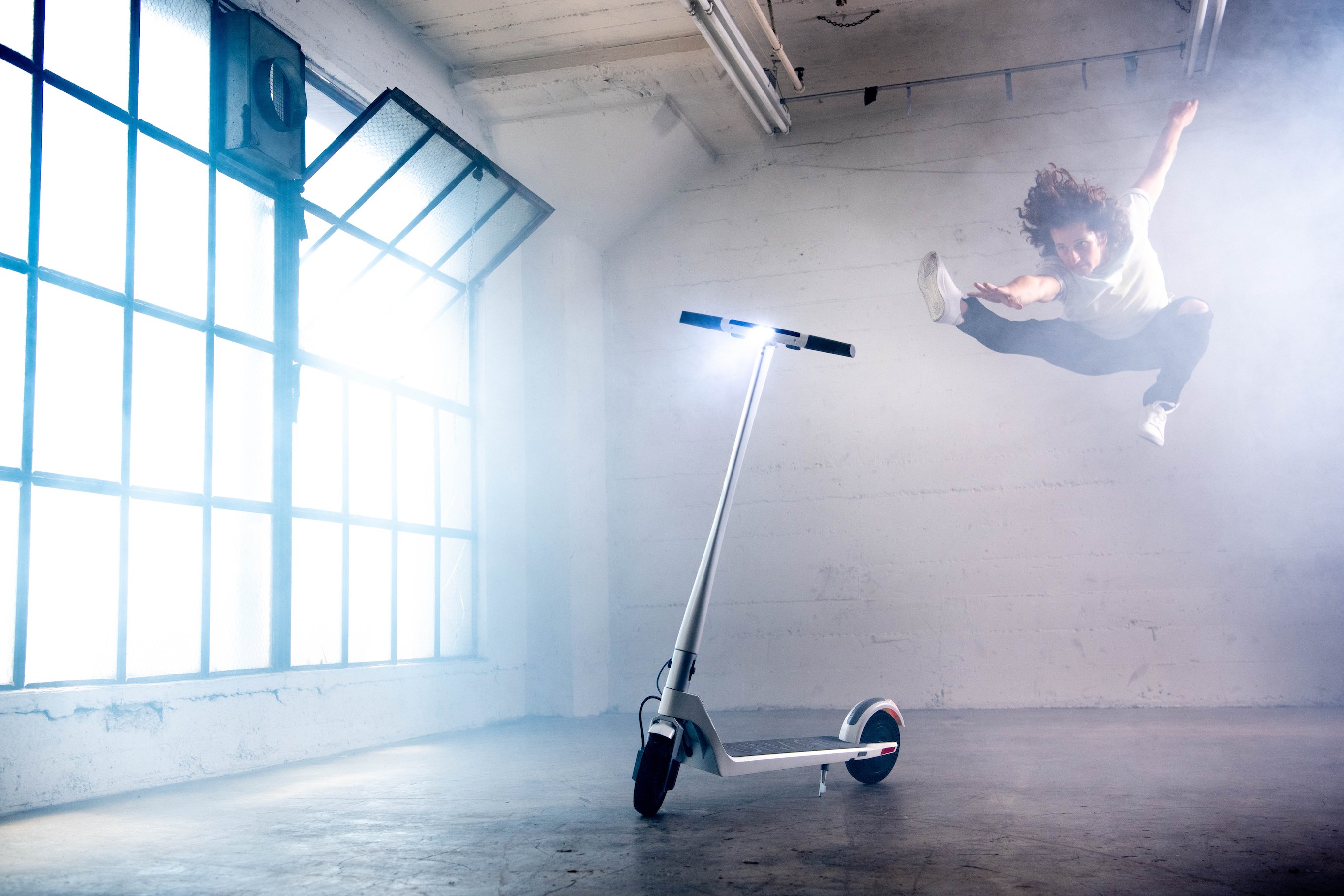 Electric scooters are quickly overtaking other means of transportation as the best way to cover short distances. They’re lightweight, portable, convenient, and more environmentally friendly than almost any means of powered transport. There’s also no denying the fun factor. Standing on the deck of a scooter, powering down the road at upwards of 20 miles an hour and feeling the wind rush by is exhilarating, no doubt, and just a little dangerous without proper safety measures.

If scooters weren’t fun to ride, they wouldn’t have the wide appeal they do, but the question many riders ask is “just how fast can you go on an electric scooter?”

The answer is that most scooters cap out at a speed of 10-15mph based on regulations placed on scooter-sharing companies. Personally-owned scooters tend to max out in this range too. And as we will soon see, they can go even as fast as 80-100mph in the case of a very extreme user who is willing to spend upwards of $3000 (and regularly risk their life in the meantime).

Maybe you are choosing which scooter is best for you or already own an Unagi--in either case, your question: “how can I make my electric scooter go faster?” has an answer (unless you buy an abysmally generic Xiaomi M365 that will not turn any heads) The Unagi can be unlocked with a secret (now not so secret 🤫😎😉) code to increase its top speed from 15.5mph to 20mph, a speed that maximizes safety and fun and which many will prefer. You’re an adult—graduated beyond your ankle-bruising razor kick scooter of yester decade—and you want a fast electric scooter for an adult. 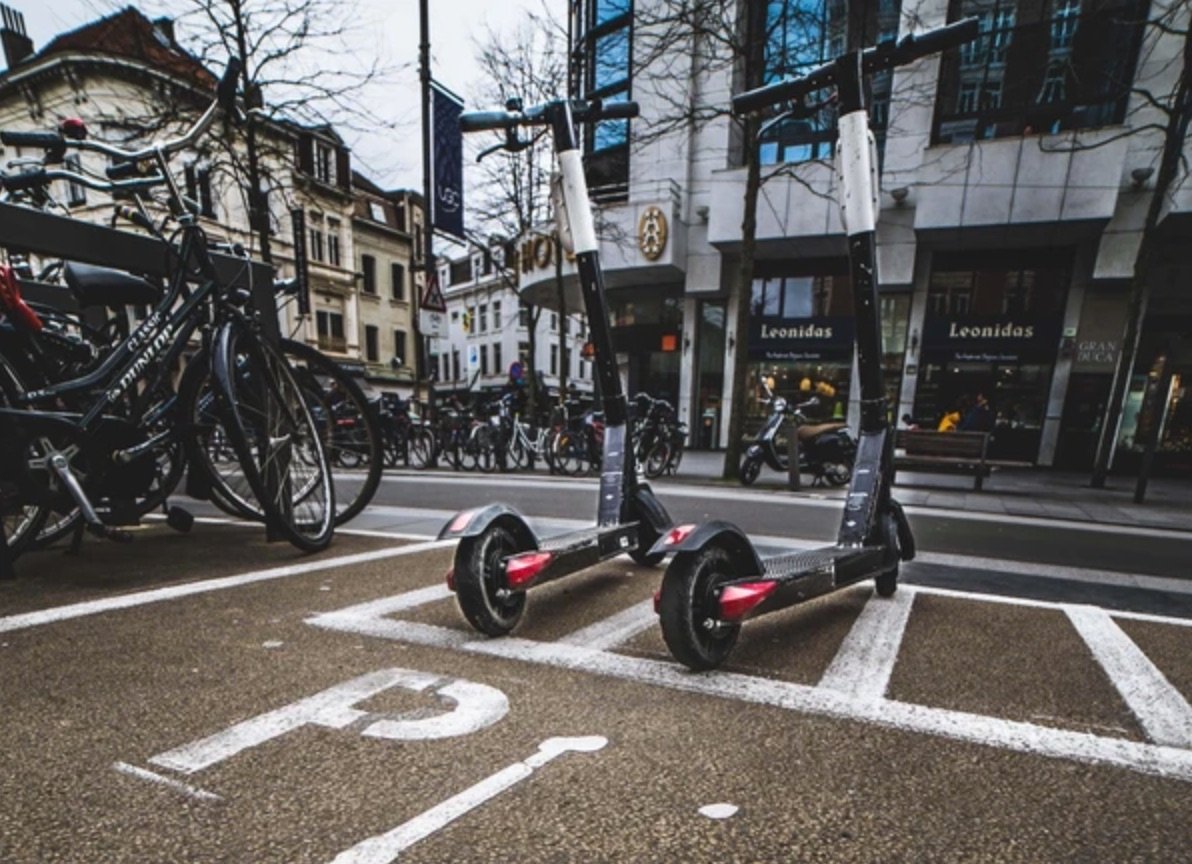 As scooter-sharing companies like Bird and Lime allow people to try out electric scooters in urban cores around the world, many have now experienced the wonder of electric scooters, though many might feel constrained by their speed. They can even be shut off altogether or limited down to speeds as low as 4mph (essentially walking pace) or a dead halt based on arbitrarily drawn (and ever-changing) lines in the city. The shared scooters aren’t always intelligent enough to position themselves inside/outside and enforce, and moving a geofence-locked scooter means lugging a 50 pound electric scooter around (the Unagi, by contrast weighs 26 and has motors in both wheels). This could look like a person venturing into a low speed zone without knowing it, then having to take the long trek backwards, which isn’t an enjoyable experience for any rider.

Generally, there are very good reasons for limitations on scooter speeds. It’s cheaper, safer, and better for city regulation.

Can you buy a scooter that can keep up with cars on high-speed streets or even cruise at freeway speeds? As you’ve probably been wondering from the headline—Yes. Is it wise for the average person to ride one? Eh...not so much.

How fast can electric scooters go? For those who crave speed and who are willing to spend the money and take the risk, there are several scooters on the market that reach speeds of 40, 50, even 80-100 miles per hour. In that final category, we have the Rion RE90. Marketed as “the world’s fastest hyperscooter,” the Rion is designed for racing. All of its features are geared toward speed. It can smoothly accelerate up to 100 miles per hour, though it is limited to 80. Sounds, uh, amazing, right? So what more is there to this? 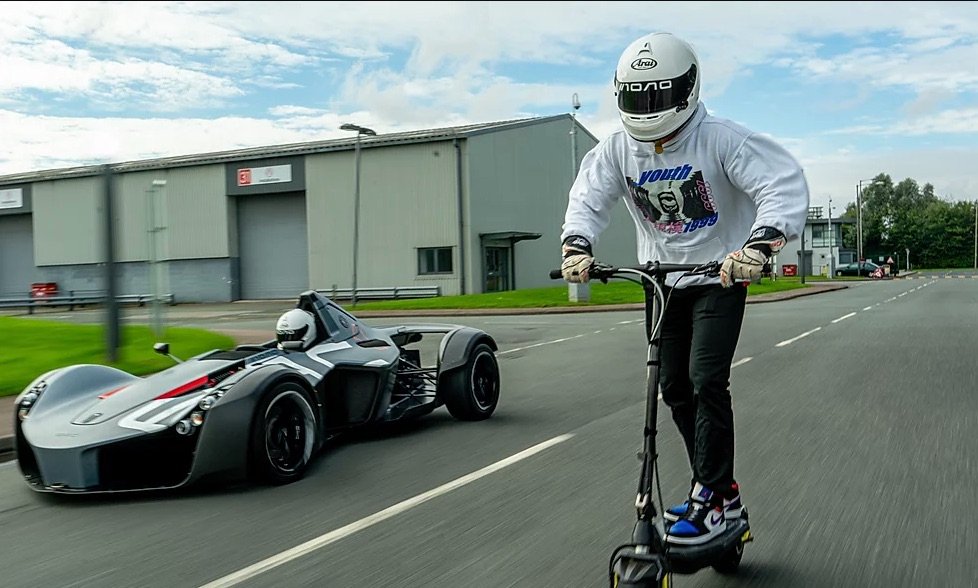 The Rion RE90 is an excellent choice for those who want a scooter that behaves like a motorcycle and costs about as much. Currently, it will set you back about $7,000. Other high end, high-speed scooters cost as much as $3,000-$6,000. As exciting as such vehicles may be on the road, they don’t look particularly sleek or subtle, and they’re heavy, which undercuts one of the best things about traveling by scooter: portability. The Rion RE90 weighs 69 pounds, as much as some of the heaviest electric bikes.

Most scooters that exceed 30 miles an hour will be far heavier vehicles because of the added weight of heavy suspension systems, bigger decks, and larger batteries, wheels, tires, brakes, and motors. Another top contender in the fastest scooter category weighs 95 pounds, almost four times the weight of the Unagi Model One dual motor version! One Electrek reviewer writes,

“this scooter is so large it feels like I’m riding a personal electric tank. The deck on this thing deserves its own zip code.” 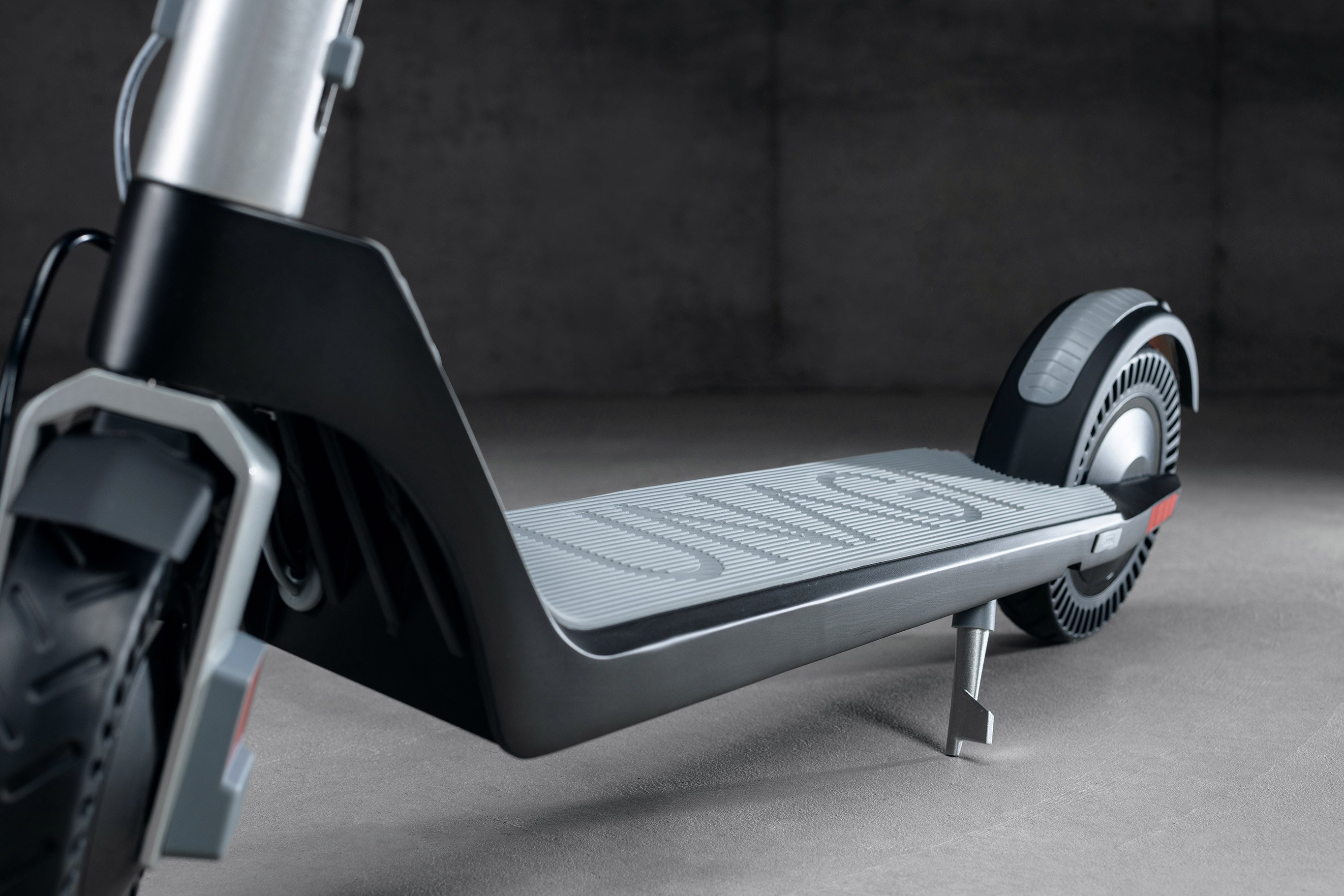 Bulky, tank-like electric racing scooters have their proponents, but they don’t suit the majority of e-scooter riders, and not only in terms of their price tags and weight. Buyers also tend to pay close attention to range, however 50% of all US car trips are under 3 miles, demonstrating that portability may be more important. In order to safely ride one of these vehicles, you will need, at minimum, a motorcycle helmet, and probably also padded motorcycle gloves and other protective pads. Most people don’t own all this gear, and don’t want to buy it just to go to the local coffee shop!

The development of Lithium-ion batteries has enabled electric scooters that exceed speeds of 20 miles per hour, but it has also allowed the creation of smaller, lighter vehicles that satisfy the needs of riders on the go who want to carry their e-scooter with them. This is not a problem with lightweight scooters like Unagi’s Model One. The dual motor version weighs only 26.5 pounds and folds easily with a one-click mechanism for easy toting or stowing away in the truck or under a subway seat. 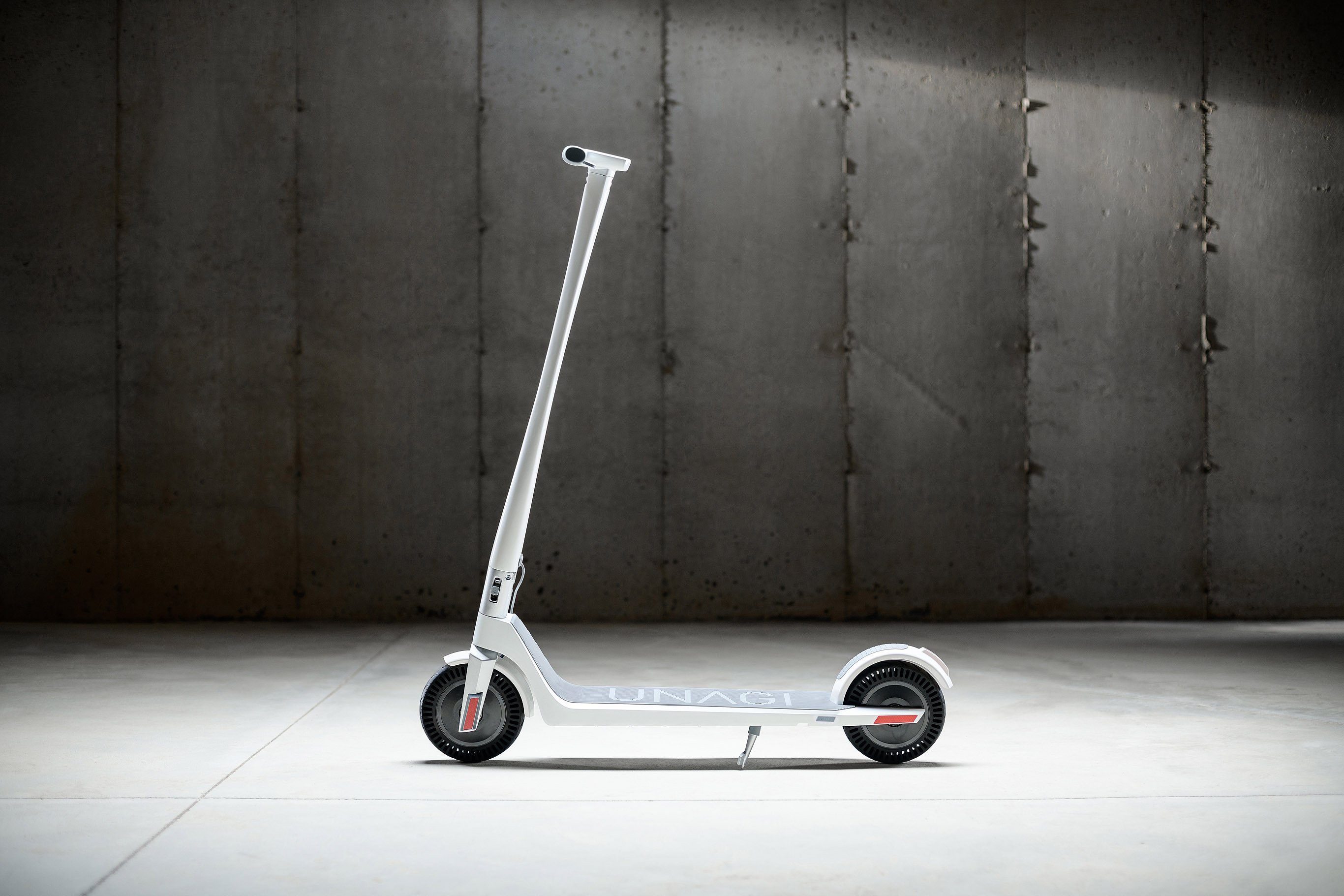 Moreover, a premium scooter like Unagi, with its unique dual motor design, will have all the torque you need to climb hills, accelerate to safe speeds in an exciting yet smooth fashion, and maneuver quickly around obstacles. At top speeds of 15-20 miles per hour, depending on the way you ride, it’s already faster than most shared scooters around the world, which tend to top out at 15 mph or less. Can you buy a faster scooter? Yes. Do you need one? The question depends on whether you feel the added cost and bulk is worth it, and whether you feel qualified to ride a high-powered racing scooter.

Most riders look for a combination of convenience and reliability in an electric scooter. And yes, riding e-scooters is undeniably fun. But if you’ve ridden one at 20 miles an hour, you’ll know it feels plenty fast, and it’s about as fast as you’d want to go without unnecessarily risking injury or death. Just as most people aren’t out racing motorcycles on the freeway, most electric scooter riders aren’t racing at highway speeds--they’re trying to get where they need to go safely, while also having fun and traveling light. Unagi is the perfect electric scooter to do all those things in style.