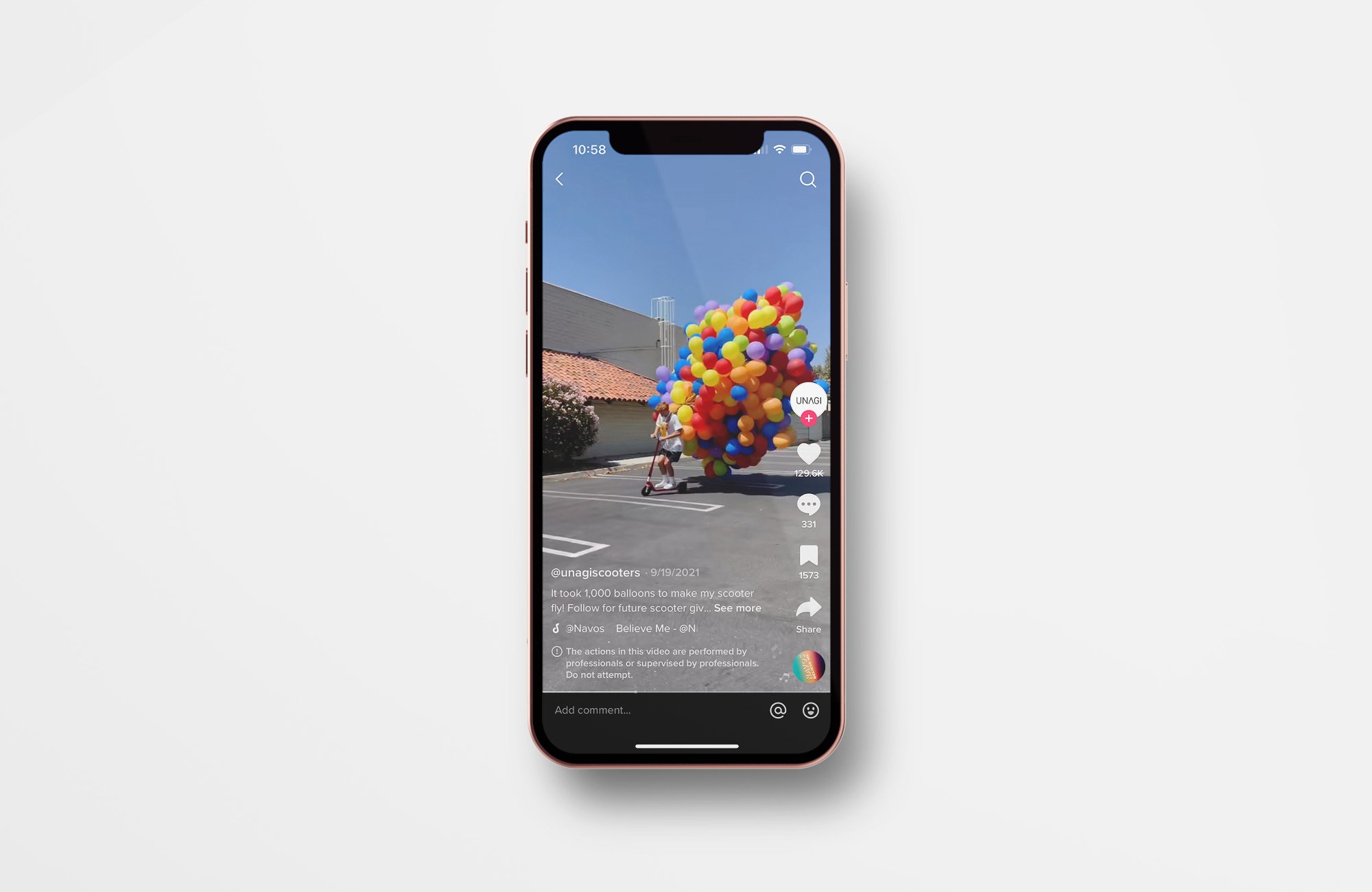 Ever wondered how many balloons it would take to fly?

Well, we did. We ordered over ONE THOUSAND helium balloons and tied them to an Unagi scooter to make it fly. With magnesium alloy handlebars, carbon fiber body, and weighing-in at 26.5 lbs, this scooter was built to soar.

After attaching all the balloons, we did some test rides. It was wild. Our stuntman could feel the force of the balloons lifting him up into the air. At one point, he got off and, if he hadn’t grabbed it in time, the scooter would have flown away!

Wait, we needed to set up the cameras. This was too crazy to miss. Once they were set up, we launched the Unagi into the air with the bundle of balloons—and it took off! We were jumping up and down and hollering from the parking lot where we were at…until…wait…where did it go?

Just kidding—we were prepared for that. We’d attached a camera to the body of the scooter and a GPS tracking device. It floated nearly two hundred miles away to the middle of Palm Desert, and we went after it. But what we saw next took our breath away.

The scooter had landed near an abandoned plane crash site, and we’d never seen something like that up close. It was beautiful, in a strange way. After getting our Unagi down from where it had landed, to our surprise, it still worked! Later that evening, we rode the scooter on top of the abandoned plane as the sun set. It was beautiful and totally epic…And then the video went viral.

Make sure to check us out on TikTok to see the full adventure and more stunts like this. Don’t forget to tag @unagiscooters with your own epic adventures.